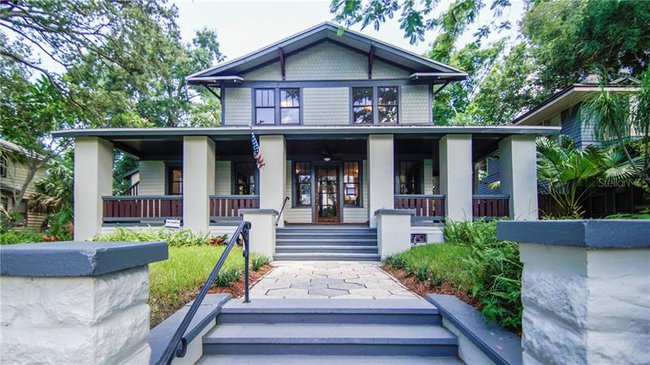 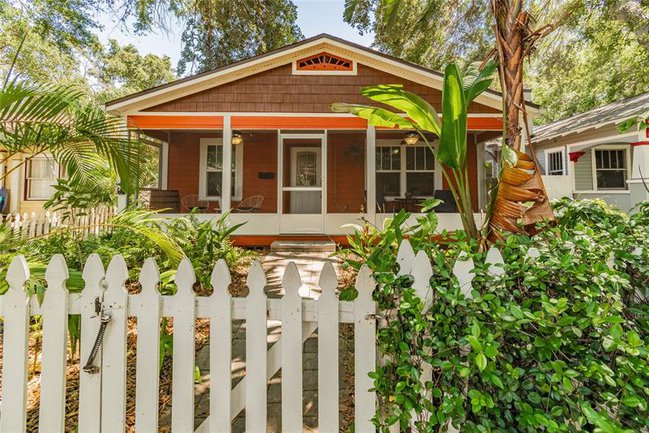 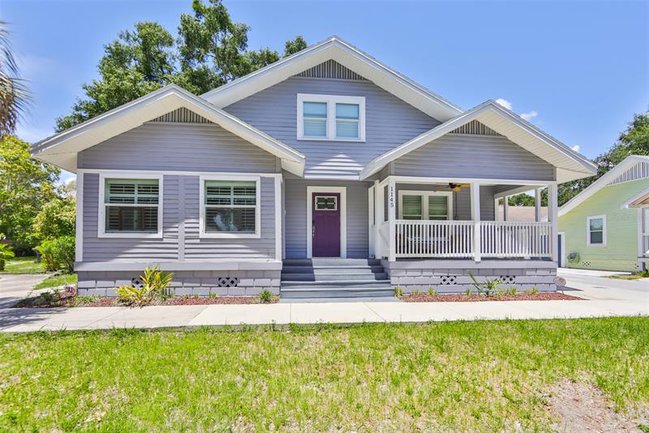 Historic Roser Park was recognized by the City of St. Petersburg in 1987, as its first historic district. Meandering Booker Creek and beautiful Roser Park are at its center. The unique topography is an excellent setting for the diverse styles of architecture found in the neighborhood. Royal palms and regal old oaks are mixed in with a variety of lush tropical vegetation. Augusta brick streets and hex block sidewalks add to the historic feel of the district. The rustic block retaining walls are another period feature of the district.

The neighborhood is adjacent to I-275 and the downtown and is a convenient place to live as it is also near to shopping and Tampa Bay. neighbors include the Bayboro District museums (Great Explorations – The Museum and the Dali Museum), hospitals (All Children’s Hospital and Bayfront Medical Center), the University of South Florida, the Nelson Poynter Institute and the Harborage.

Roser Park's CreekOther nearby historic properties include the relocated “Snell House,” the General Williams Home (St. Petersburg founder’s home) St. Mary’s Catholic Church, and the Studebaker Building – a national register building used by the State Geological Department. The Old Florida Power Plant on Third Street South is rapidly moving forward with its renovations. Included in the neighborhood are several human service agencies: including the Ronald McDonald House (one of the largest in the country), Freedom House and the ASAP shelter.

Roser Park Homes for SaleHistoric Roser Park area was developed in the early teens by Charles M. Roser. Mr. Roser had relocated to St. Petersburg after selling his famous Fig Newton Cookies to the National Biscuit Company; therefore, the neighborhood is often called the “Neighborhood a Cookie Built.” The Historic Roser Park Neighborhood was highly photographed in the 1920s on souvenir picture postcards. During this time, it was considered one of the most attractive residential developments in all of Florida.

The Historic Roser Park Neighborhood was carefully planned to consciously preserve the natural beauty of the area. In the historic district, some homes are built into the hillsides. The homes have various styles. No two are exactly alike. They range from Colonial Revival, Prairie Style, Mediterranean Spanish to various styles of bungalows.

Roser Park Homes for SaleThe first grant project was to build a replica of the twin arbors in the park by the Ronald McDonald House. It involved designing a historically appropriate structure and plantings around it. It was a successful project with many neighbors helping to construct and install this project. Added was signage and landscaping at the entrance. Also incorporated were rusticated blocks for an authentic look. Historic lighting was added at the two monument signs.

Currently, they are working on an outdoor museum and additional street trees. The outdoor museum will circle through the neighborhood with markers telling significant information about Historic Roser Park. The neighborhood is looking at extending the historic district and getting national register designation.

The data relating to real estate for sale on this web site comes in part from the MLS. Real estate listings held by brokerage firms other than Coldwell Banker are marked with the IDX logo and detailed information about them includes the name of the listing brokers. Disclaimer: All information deemed reliable but not guaranteed and should be independently verified. All properties are subject to prior sale, change or withdrawal. Neither listing broker(s) nor Coldwell Banker shall be responsible for any typographical errors, misinformation, misprints and shall be held totally harmless.
This data was last updated on: 07/23/21 11:24 AM. A full data refresh was last performed on: 07/22/21 08:03 PM.