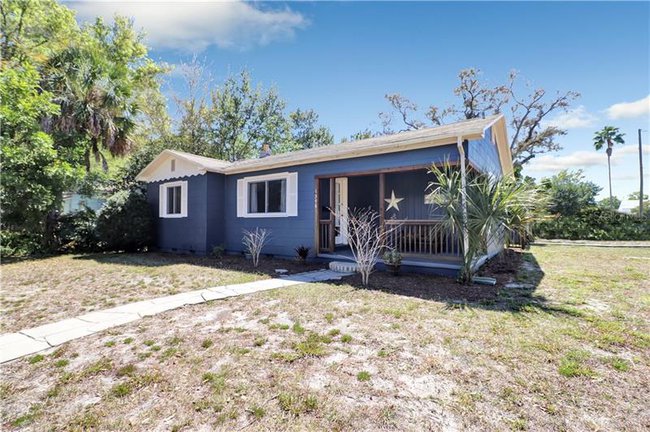 The Woodlawn Neighborhood is a beautiful community on the north side of St. Petersburg. The area is composed of older homes from the 1920s and more recently constructed homes from the 1940s and 1950s. Throughout the years, Woodlawn has been recognized for its cohesiveness and community pride. There is a unique sense of community within this area that is rarely found in Florida.

Architectural style in Greater Woodlawn is typical of residential construction throughout St. Petersburg from the first half of the 20th century. Many homes were built between 1910 and 1940 in the traditional Bungalow, Colonial Revival, Tudor Revival, and Frame or Masonry Vernacular styles of architecture. The majority of homes in the area are private residences with a limited number of rentals interspersed throughout. Two churches are within this neighborhood, the Woodlawn Presbyterian Church, occupying a Mediterranean Revival style building, and the Open Bible Church, featuring a contemporary structure. The area has one designated park and several shaded, open areas.

The Woodlawn subdivision for which the general area has been named covers the entire southwest quadrant and was platted in 1924. This subdivision is noted for its prominent entrance pillars and unique circular road layout. This land was owned and developed by the Consolidated Development and Engineering Corporation.

Most of the earliest construction in the neighborhood was concentrated in the southeast quadrant, along 9th Street North (previously called Euclid Boulevard) and along 16th Street North, north of 26th Avenue North. Early maps also show that 30th Street was once called Johns Pass Road.

The Greater Woodlawn Neighborhood Association (GWNA) was formed in May of 1995 and presently has approximately 150 members. The membership is committed to maintaining a high quality of life and fostering the sense of community. The neighborhood also has a Crime Watch Program that has been active for approximately four years. Both organizations have become successful in accomplishing their stated goals. Responsibility for Crime Watch was assumed by GWNA. In addition to gaining support from the residents, each of these groups has also received outstanding support from businesses in the area through in-kind and monetary donations.

Although relatively young, GWNA has been very successful in obtaining project funding through the City of St. Petersburg’s Neighborhood Partnership Grants Program. In April 1996, the Association was awarded approximately $12,000 in City funding to rehabilitate the Woodlawn Circle Pillars, purchase and install neighborhood signs at the major entrances to the area, and implement a membership drive and neighborhood survey. In 1997, they were awarded $18,000 to install decorative lighting along 26th Avenue North.

The GWNA Board of Directors is already in the planning stages of grant request development for the implementation of several additional projects in the community.

The Price Group has the most detailed MLS data available with up-to-the minute set of Woodlawan, FL real estate listings and allows you to search within Woodlawn neighborhoods and surrounding Historic & popular areas. Search for homes by price, number of bedrooms, bathrooms, property type, walkscore and more. The Price Group at Coldwell Banker is a full service real estate company. Call The Price Group to view any of the homes listed below today!

The data relating to real estate for sale on this web site comes in part from the MLS. Real estate listings held by brokerage firms other than Coldwell Banker are marked with the IDX logo and detailed information about them includes the name of the listing brokers. Disclaimer: All information deemed reliable but not guaranteed and should be independently verified. All properties are subject to prior sale, change or withdrawal. Neither listing broker(s) nor Coldwell Banker shall be responsible for any typographical errors, misinformation, misprints and shall be held totally harmless.
This data was last updated on: 04/05/20 02:49 PM. A full data refresh was last performed on: 04/04/20 04:45 PM.